“THE SUN SETS IN THE EAST” – Project Reveal

| NOTE: This article is an example of the type of content Trader tiers and above will be able | to read. However, as a part of the graphic novel reveal, this post is entirely public. For           | further exclusive content, consider becoming a patron ! Patrons get:

The time has come ! I promised the reveal of what was to come in the near future: The Sun Sets in the East, a graphic novel depicting a gruel personal journey within hostile, treacherous and dark lands. 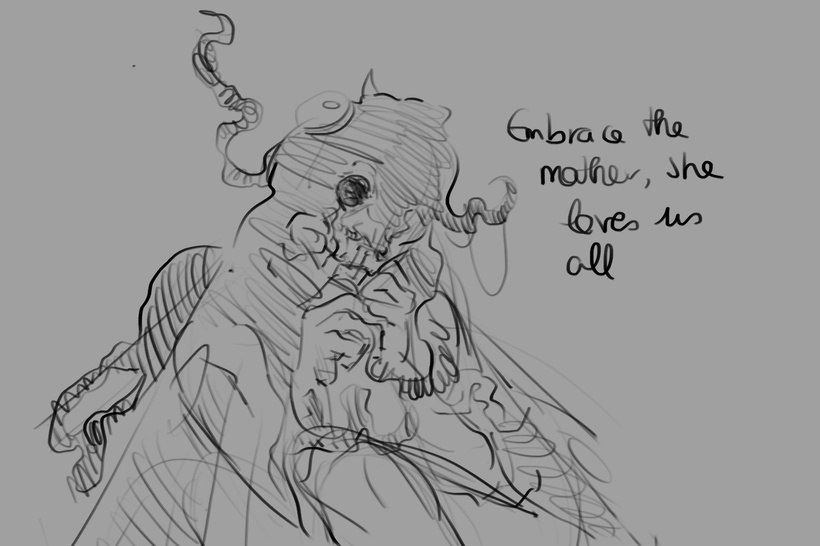 Depicted: Conceptual sketch of the wasteland’s inhabitants. Embrace her love, embrace her rot. 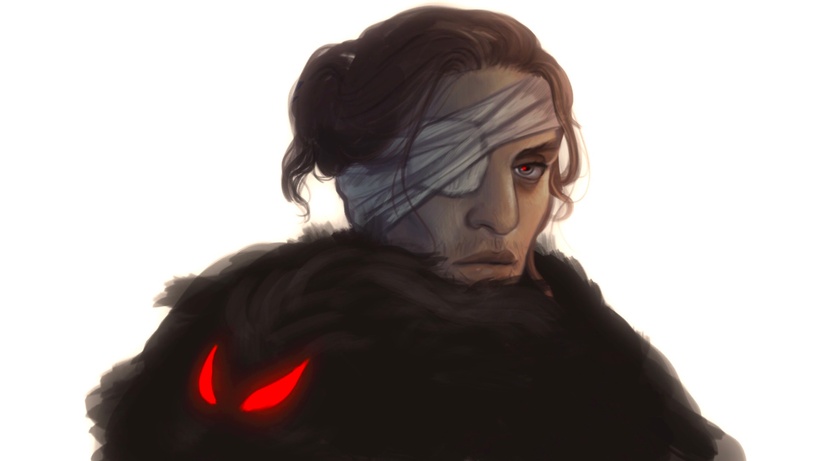 Depicted: Rough concept art of Nur and the shadow. The coat moves !

Nur is a young man driven to his goal with nothing but the sentient shadow worn on his back, and his blunt greatsword. He is set on finding the girl, who he knows is hiding somewhere in the ravaged lands. It all strikes as too familiar, too close to the heart – so much so, that he must make haste, before the rotten wastelands engulf him too.

The Wastelands Stretch Far Into the Ashes 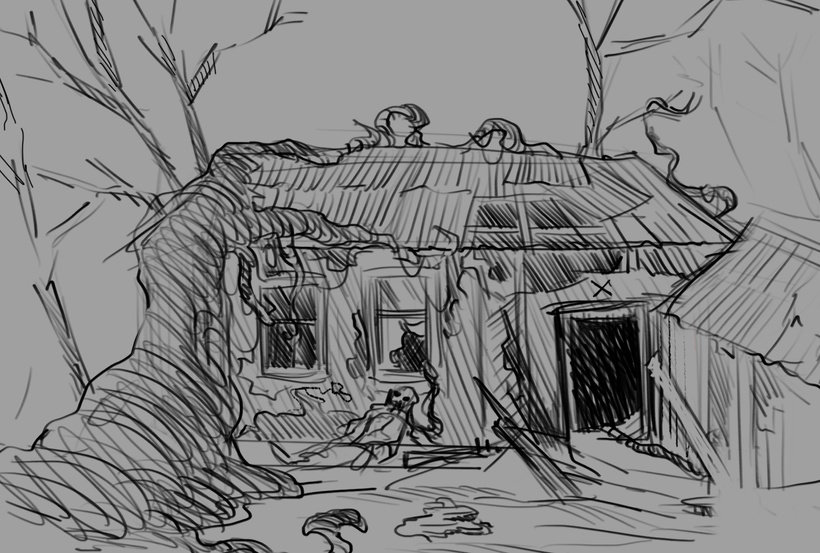 Depicted: conceptual sketch of the corrupted environment. Lands we’re called to dig through, if we can.

The Sun Sets in the East is set in a post-apocalyptic land plagued with hostile inhabitants, fierce surreal creatures, and the omniscient touch of Sarahkka, the matriarch. The matriarch’s influence stretches from within the bowels of the dilapidated cooling tower far to the north, corrupting every settlement it touches… and the lost souls found within.

As the embers persist at the heart of the ashen soil, the viscous rot spreads from ruin to ruin, seeping through the cracks of the high wall which once contained it.

One would be so foolish to attempt to traverse the blight.

What the Sun Sets in the East has in store

The Sun Sets in the East is desolate, melancholic, depicting plenty of elements of psychological horror. Nur’s travels bring him to encounter the worst of what the wastelands have to offer, meeting with its deranged inhabitants, monstrous creatures, and treacherous ruins. There is little hope for meeting friendlier faces, unless the young man is prepared to take a halt in his journey. And if there are allies out there, how could they survive in such nightmarish lands ?

The story will be told through a graphic novel format, with two chapters on patreon at a time. PDF volume editions with additional content are scheduled to be available for download once the story is concluded.

Will you pursue the journey with us ?

If you wish to support my work, you can donate to my ko-fi:

Manage Cookie Consent
To provide the best experiences, we use technologies like cookies to store and/or access device information. Consenting to these technologies will allow us to process data such as browsing behavior or unique IDs on this site. Not consenting or withdrawing consent, may adversely affect certain features and functions.
Manage options Manage services Manage vendors Read more about these purposes
View preferences
{title} {title} {title}
Share This